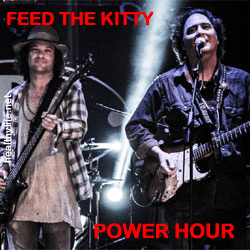 Feed the Kitty is an American rock back from Los Angeles, CA. consisting of Jack Maher, Jed Mottley and Jon Shumway and they may just be the hardest working band in Southern California. Performing over 300 shows a year, these guys do it all. The Kitty has enjoyed plenty of musical success. In fact, if you’ve seen the movies “Lars and the Real Girl” or “National Lampoon’s: Cattle Call” you’ve already heard Feed The Kitty’s music on their respective soundtracks!