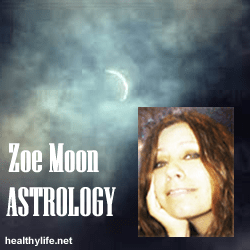 Zoe Moon has been a favored astrologer to the Hollywood Entertainment Industry for years as well as for her own Zoe Moon Astrology listeners!

This Ohio-native found success in L.A. at a young age when she signed a deal with BMG Music, recorded for Clive Davis’ Arista Records and toured internationally. Zoe headlined her own shows and opened for stars including David Bowie and Sir Elton John. She read astrological charts for those she met on the set, studio or at concerts. Zoe became a much sought-after counselor for entertainment executives leading to frequent appearances on a variety of shows. Zoe writes for a variety of publications and her astrological readings and calendar have served as swag for SAG, OSCAR and GRAMMY show attendees.